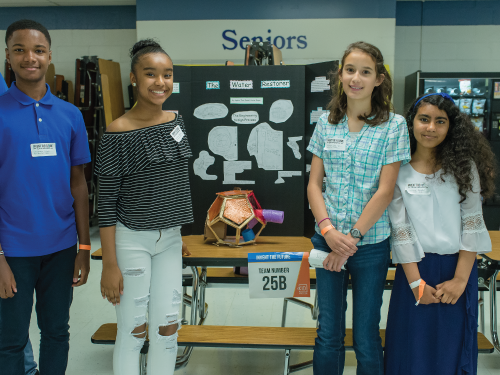 What do an underwater trash collecting drone, a self-filtering chimney, and a shower-rationing device all have in common? These were just a few of the prototyped inventions showcased by local middle schoolers at the inaugural Invent the Future Challenge Summit on Sunday, May 20 at Magruder High School.

The Challenge Summit, presented by KID Museum in partnership with Montgomery County Public Schools, concluded a year-long program in which students developed coding, engineering, design, and fabrication skills, while collaborating in teams to prototype a solution to the question: What will you make to protect the planet?

A total of 98 teams, representing 30 middle schools from across the region, were in attendance Sunday. An overflow crowd of approximately 750 kids, teachers, family members, friends, and local school and county officials came out to be a part of this impactful, one-of-a-kind program.

A panel of expert judges was on-hand to meet with teams and identify standouts in various categories like Design Process, Collaboration, and Potential Impact. While not every team was recognized with an official award, it was clear from all accounts that everyone who completed the Challenge was a winner.

Three girls from Herbert Hoover Middle School described what they had learned by working as a team. The inventors of the “Future Filter,” a charcoal-activated sieve for purifying factory run-off and a Potential Impact award-winner, explained that they learned to accept different opinions and recognize each other’s strengths. “Combining our ideas made the project three-times better,” said Millie, one of the teammates.

Five boys from Gaithersburg Middle School gave a polished presentation that earned a coveted Judge’s Choice award. Their concept was a solar panel that could double as advertising on buses and buildings. The teammates said they had improved their research, presentation, and design skills—and one other thing—“We learned about grit.” Teacher Virginia Pantella added that the Challenge had motivated her students to work harder: “They really wanted to do something meaningful…They took it seriously.”

Argyle Middle School had 11 teams participating in the Challenge Summit—more than any other school. Jo Belyea-Doerrman, the STEM coordinator at Argyle who teaches an engineering class and coaches an after-school STEM club, called the Challenge “phenomenal” because “it really made the connection to what we discuss in class.”

It was hard to miss the five boys in matching “Shower Ninja” t-shirts who had created a programmed device that displays green, yellow or red LED lights to make shower users aware of water usage—and alert them when they’re nearing or exceeding a certain threshold. The students came together from four different middle schools—Argyle, Cabin John, Clemente, and Parkland, working outside of school on their own time to develop their award-winning prototype.

The Shower Ninja presentation ended with teammates jumping up in unison and chanting, “Vote for Shower Ninja, because every drop counts!” What better way to sum up everything the Challenge aims to achieve: inspiring the next generation of creative, confident and compassionate innovators. A huge thank you to all of the students, teachers, judges, parents, supporters, and staff who helped us achieve this.

View all of the award-winning teams here, and stay tuned for next year’s Challenge! 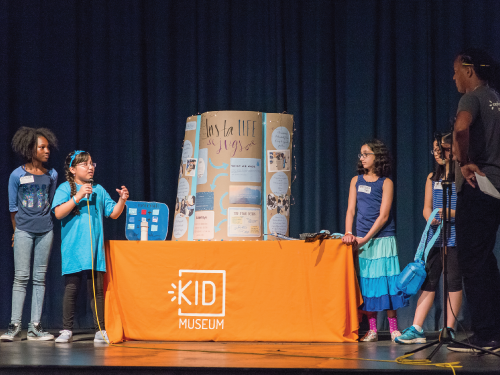 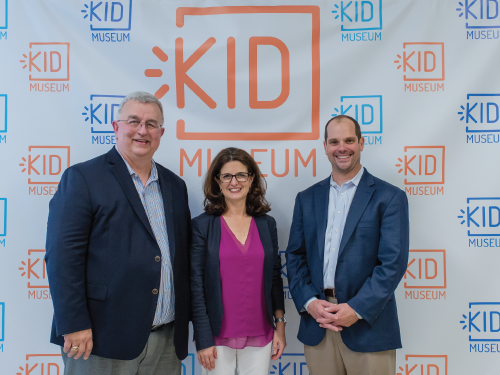 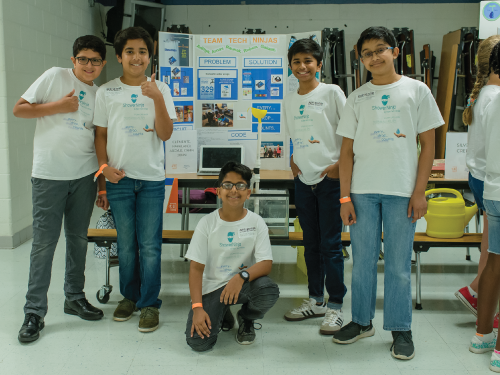 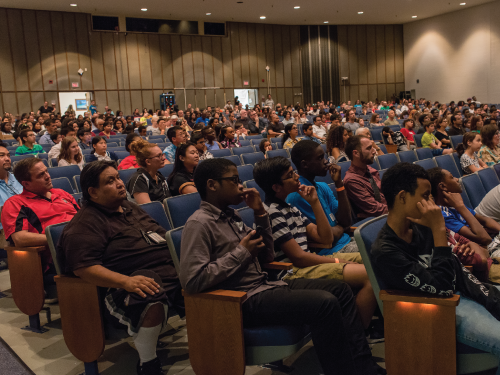 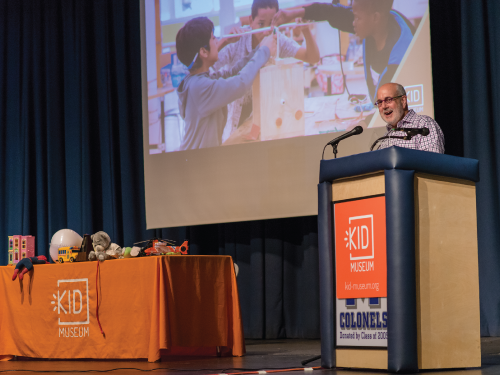 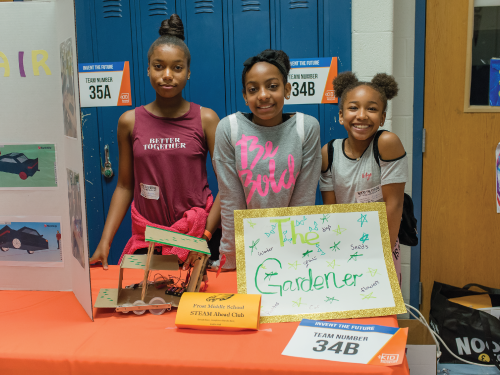 (all photos credit to: Bruna Genovese)