Loy Krathong is a Thai festival where people create flowers out of leaves and other natural objects (called krathong) as offerings to the water spirit. The offerings are lit with candles before launching on rivers and lakes. Everyone, including children, work together to make beautiful krathong out of floating pieces of banana trunk or even bread, then decorate these with lotus-shaped banana leaves before lighting the candles and placing them upon the water. Loy Krathong is said to be the most beautiful festival in Thailand.

KID Museum, working together with Wat Thai Washington, D.C., celebrated this tradition at the museum during Thailand Day. Over 250 people came to enjoy music, dance, traditional food and costume, and plenty of Thai-related, hands-on activities.

Thailand Day visitors made small krathong out of styrofoam and delicate colored paper shaped like flower petals, plus glitter (of course) and candles. They learned how Thai people make a wish before floating their krathong–which were launched in an inflatable swimming pool inside the museum. Visitors had a chance to write their names in the Thai alphabet, wear traditional Thai costumes, make paper lotus flowers, construct paper lanterns (that they launched in our wind tubes), design 3D-printed long-tail Thai boats, and build Thai Mancala boards.

Hats off (or should we say chanas off?) to Wat Thai Washington, D.C. for helping us to make Thailand Day such a success. 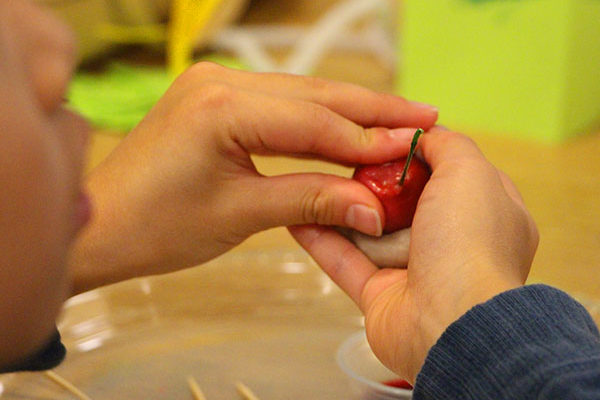 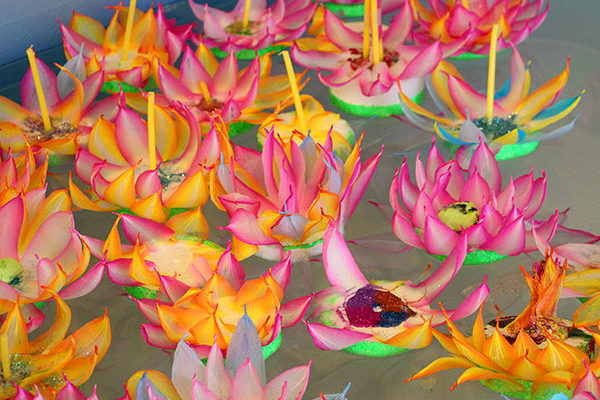 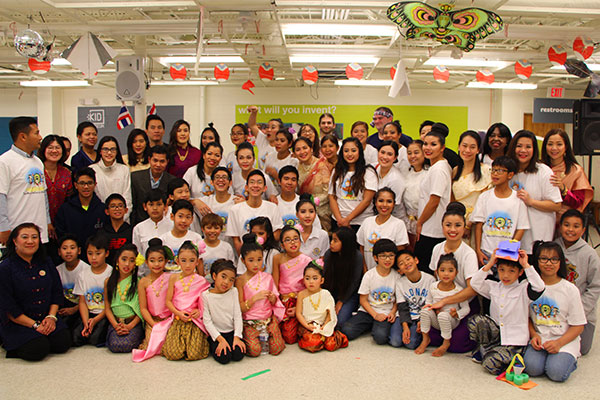 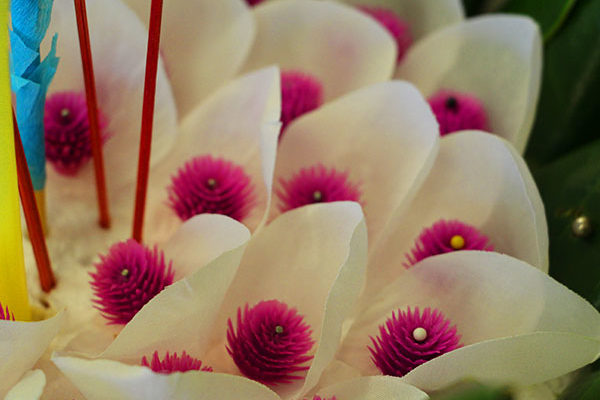 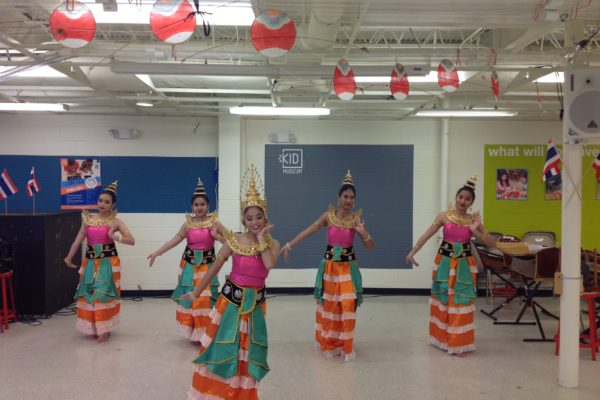 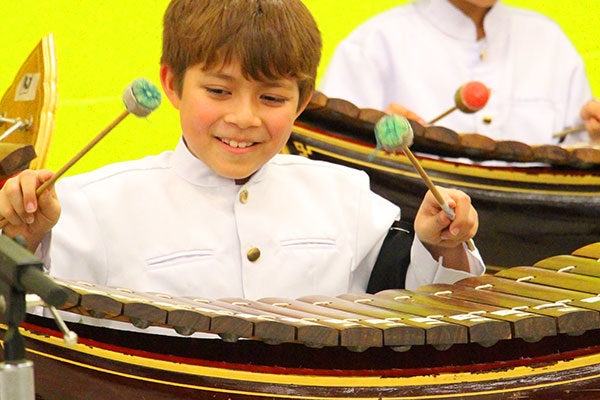 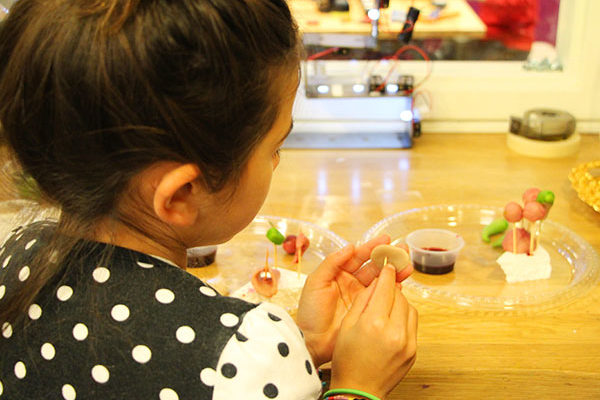 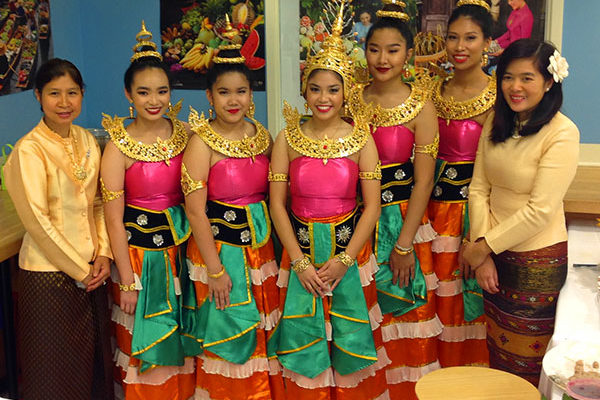 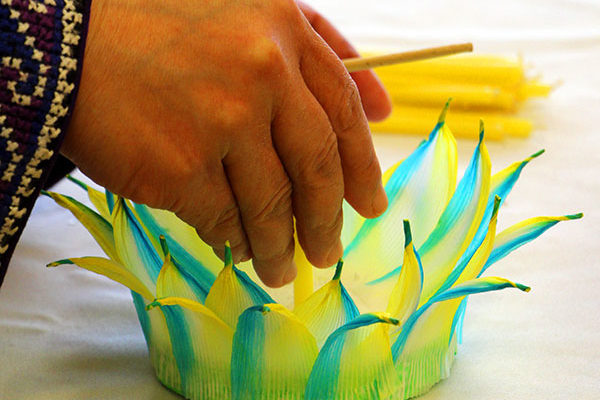