This weekend at KID Museum, 8 young engineers participated in a Scratch + WeDo robotics workshop. WeDo is a simple robotics kit produced by LEGO Education that kids can use to bring LEGO creations to life and integrates beautifully with Scratch (an accessible programming language designed for kids).

Using a familiar construction medium like LEGO is a great entry point to robotics and programming. Since most of our audience is already familiar with LEGO, we began the workshop with an introduction to WeDo’s robotic parts, which are used to make the LEGO creations move. Participants were then challenged to create a working see-saw that rotated using an axle connected to a motor.

Once participants completed the design challenge, we introduced them to Scratch and its LEGO WeDo extension. They learned to program their motors to move on command and were challenged to create a program that would make their see-saw move back and forth without turning all the way around. Participants experimented with the motor’s power, direction, and duration in order to create a working program.

Participants were then invited to work on a project of their own design. Some participants were curious about adding sensors to their designs – they learned to use tilt and distance sensors to control the actions of the motor. Others worked on projects which integrated the physical world with on-screen Scratch animations. One participant worked diligently to create a gear-powered “lock” mechanism that opened and closed.

Overall, the workshop was a great success. We saw diverse and creative uses of both the LEGO hardware and the Scratch software, and we look forward to seeing what amazing projects our visitors can think up next! 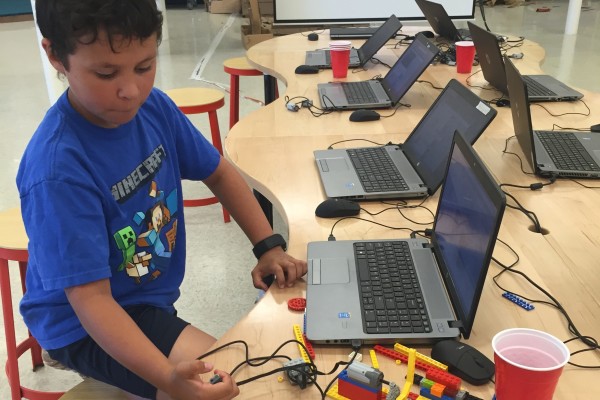 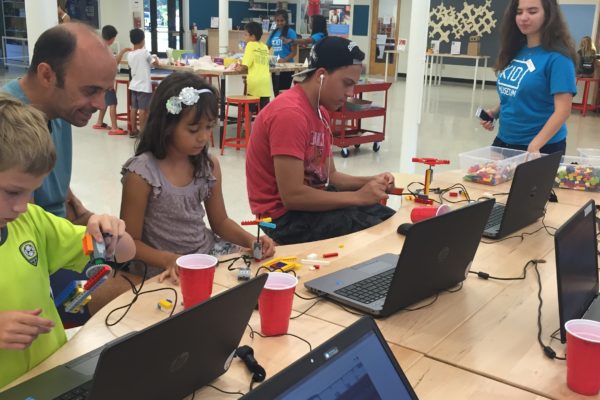 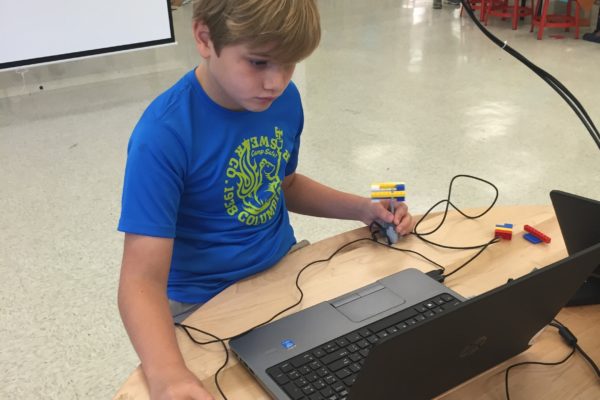 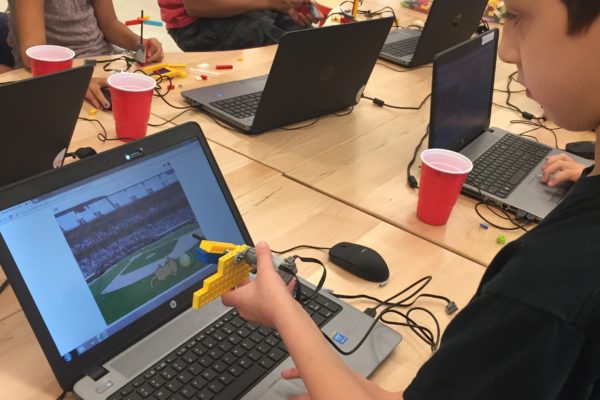