By combining Raspberry Pi models, a laptop for coding, a power source, and eight excited workshop attendees, the Raspberry Pi Robotics workshop kicked into gear this past Saturday! John Carbonell led two sold out workshops of eight kids who worked in pairs to build a Raspberry PiBot.

Attendees learned how computers connect to the Internet, how to wire components together, and how a laptop could “talk” to their Raspberry Pi computers. The kids asked plenty of questions along the way, and even surprised John with their own knowledge of robotics. With the Raspberry Pi connected to their laptops via an Ethernet cord, the kids were able to edit their PiBot scripts to adjust the frequency of the flashing LED lights on the Raspberry Pi. Once the kids plugged the ground cord back in, they were able to see the changes that they made. LED lights on the PiBots now flashed two to four seconds apart, depending on what script was input by the kids. After setting up their LEDs, the kids put another script on the Raspberry Pi to allow the PiBot to drive a certain course once in action. Using rubber bands, the Raspberry Pi was then attached to the PiBot car structure along with two batteries to power the PiBot. Attaching the Raspberry Pi to the structure took some time, yet each pair worked together to get the wires to stay in place. With hard work and perseverance, the kids were able to complete their Raspberry Pi robot cars (PiBots) with enough time to take them for a test drive.

The kids tested their PiBots on the KID Museum activities floor and drew a crowd. Many museum visitors were very interested in the mini RC-like cars that made their way across the floor. The kids who built the PiBots were so excited with their cars that they could have tested them out for hours. One participant said, “I haven’t built anything like this before!” Others said they couldn’t wait to start the after-school Raspberry Pi program in a week. 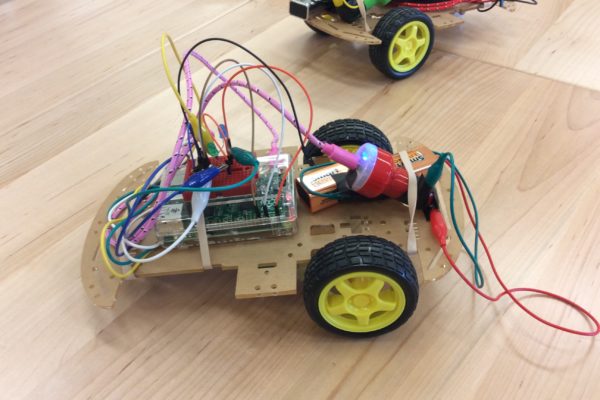 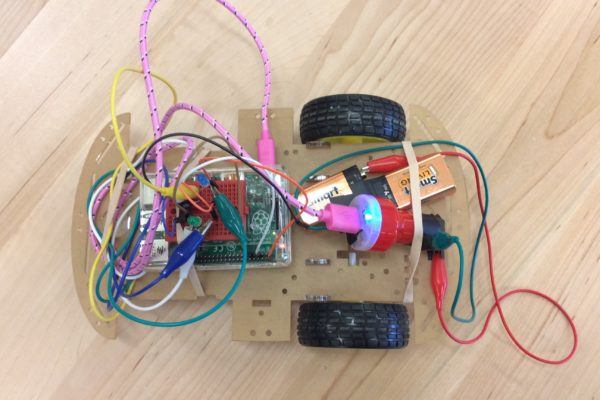 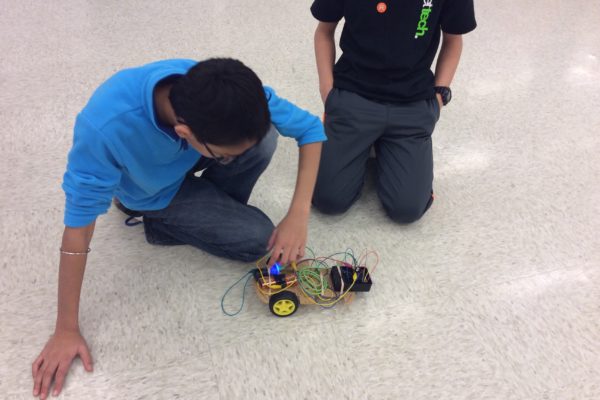 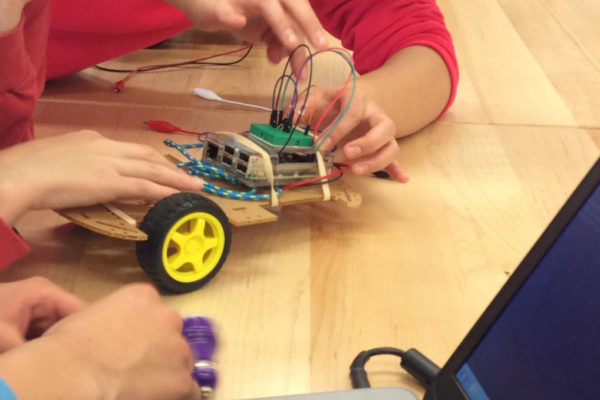 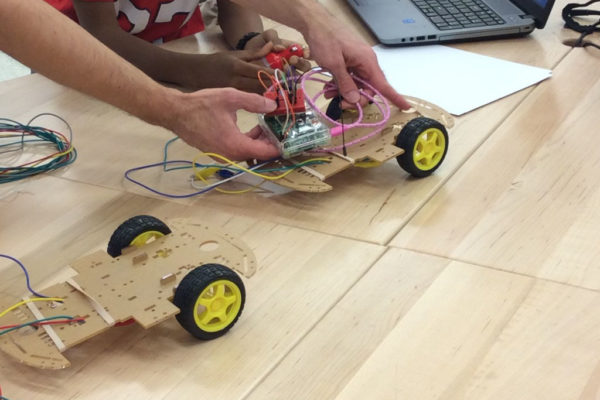 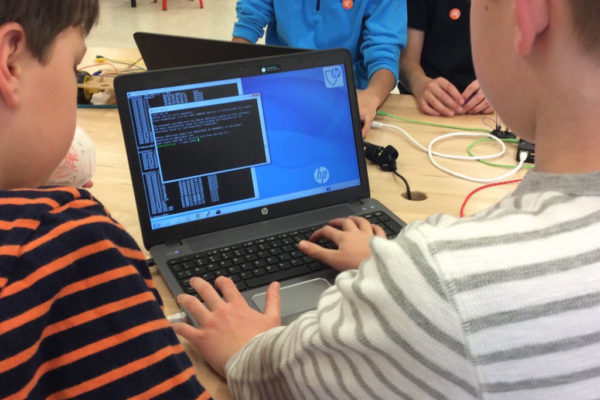 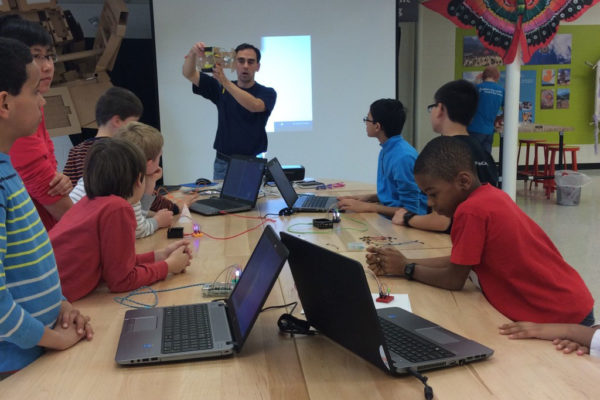 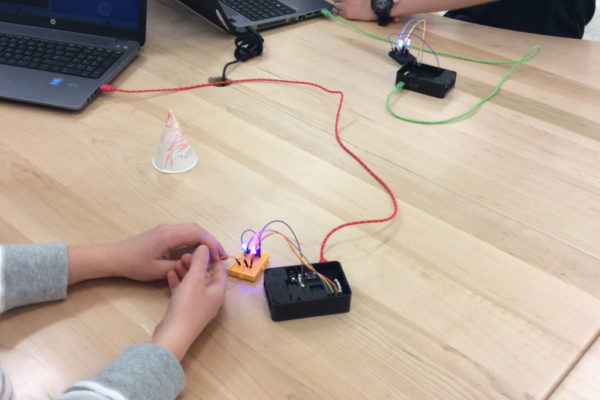 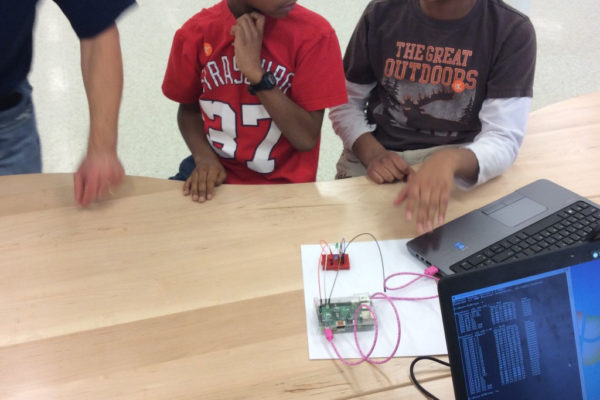 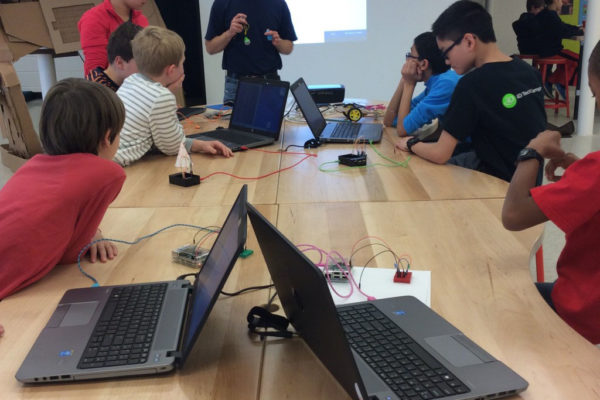 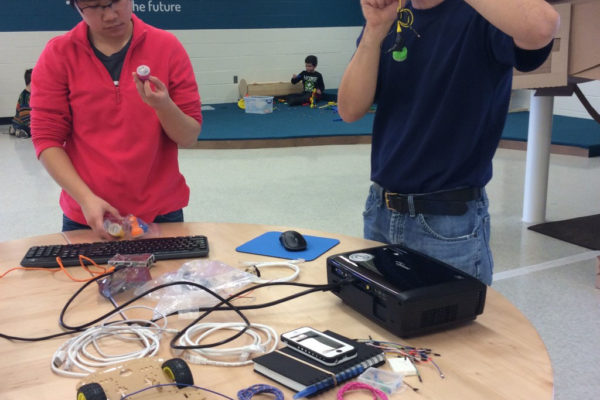 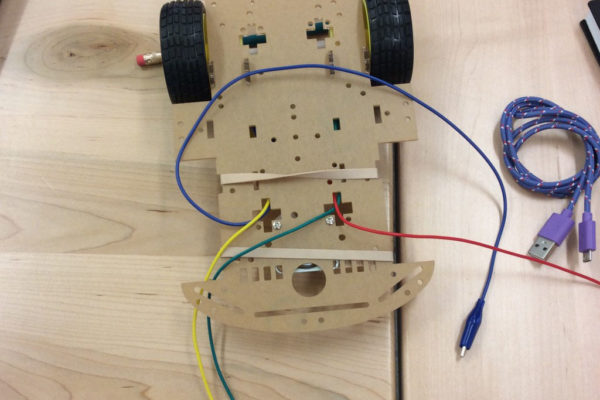 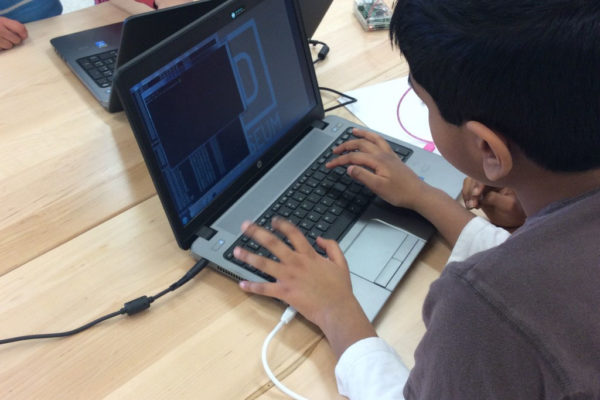 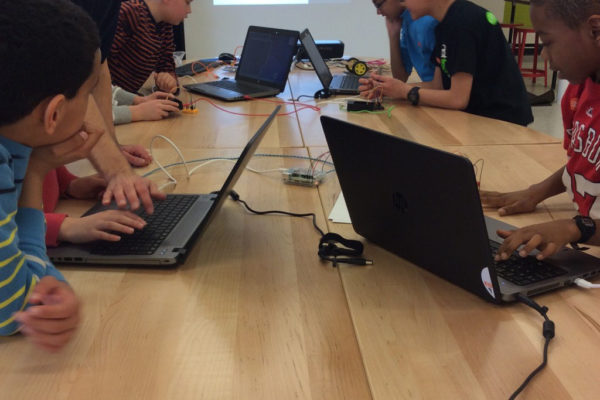 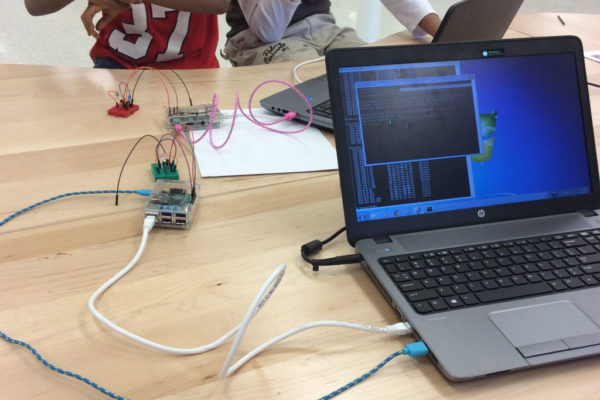