From 3D-printed Lego pieces with Braille to an app that improves reading and writing skills, Meet the Inventors was filled with unique and innovative ideas from visiting inventors. The first inventor to present their idea was Erin Buehler, a researcher at UMBC. Erin presented visitors with her idea of 3D-printed pieces specially shaped to help people with disabilities use every day items more easily. The 3D-printed prototypes available for visitors to see included pen, pencil, and utensil holders— all with special ridges to give users a better grip of the items. A spoon holder was passed around the audience so that visitors could test it out.

The second group of inventors was the Imagineers, a group of 4th and 5th graders led by Katharina Boser from the Glenelg Country Day School. This talented group of students invented a way for a visually impaired student to build a Lego kicker robot. Deeya, a student on the team, explained how the Lego kicker would be built. The app the students developed, Think Feel Build from Tiny Tap, plays audio instructions that the builder listens to while assembling the Lego kicker kit. To help the builder feel and figure out what Lego pieces he/she needed, 3D-printed images of Legos would be provided to act as tangible instructions for the builder. Each piece would be inscribed with Lego dimensions in Braille, giving the builder an idea of what size Lego piece to grab from the kit. A sorting tray with eight divided sections numbered 1–8 stores the instruction pieces. Once built, the Lego kicker robot would be able to kick a Ping-Pong ball filled with beads across the room. The ball is filled with beads so that the visually impaired student can hear where their ball goes. With this innovative idea, the Imagineers ended up winning first place in the First Lego League Qualifier this past December. Congratulations to the Imagineers!

Cheryl Bregman then presented her invention, an app called Abilipad, designed to help children of all abilities gain confidence in their reading and writing skills. The Abilipad helps children with reading and writing difficulties read sentences and record thoughts in a stress-free and engaging way through word games, word predictions, and text-to-speech typing. Background and font colors can be customized to any color to help students with low vision see text easier. The keys can also be enlarged to help students see the keys more clearly. KID visitors, both parents and kids, tested the Abilipad app on available iPads. 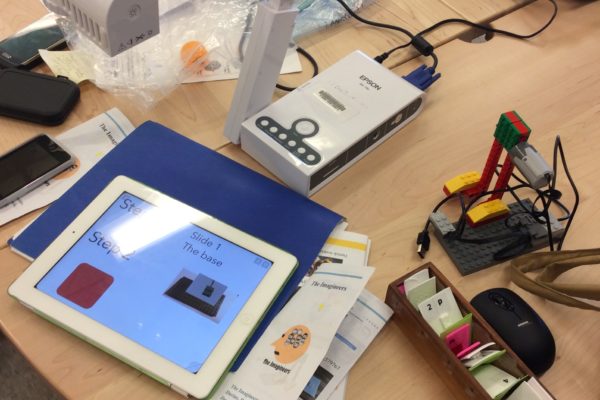 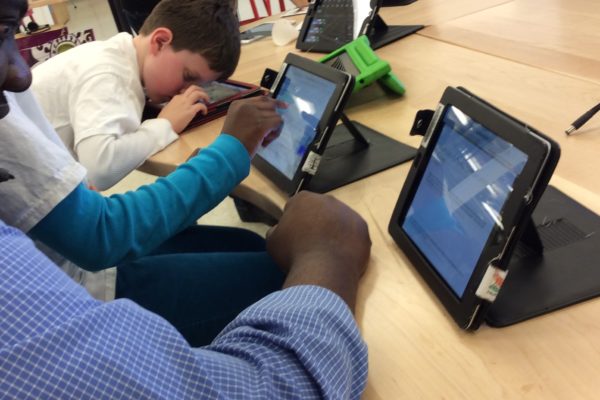 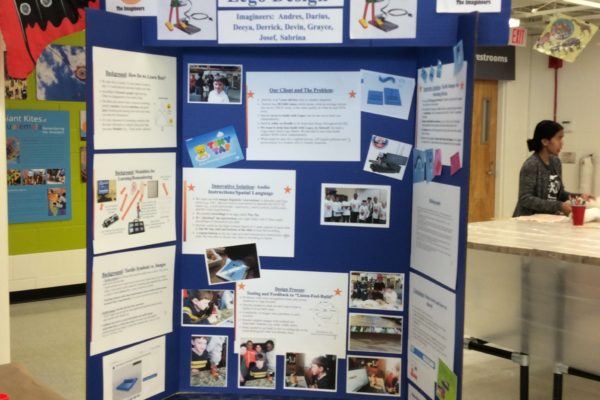 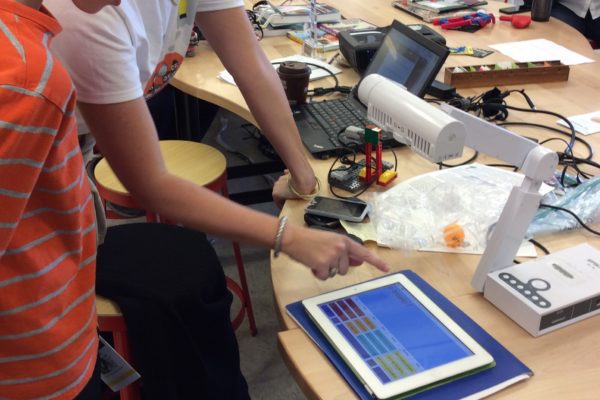 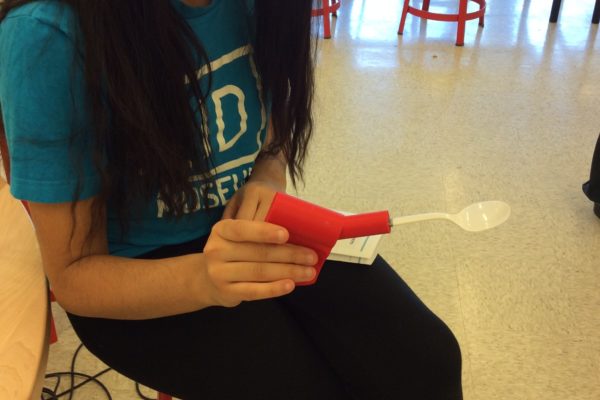 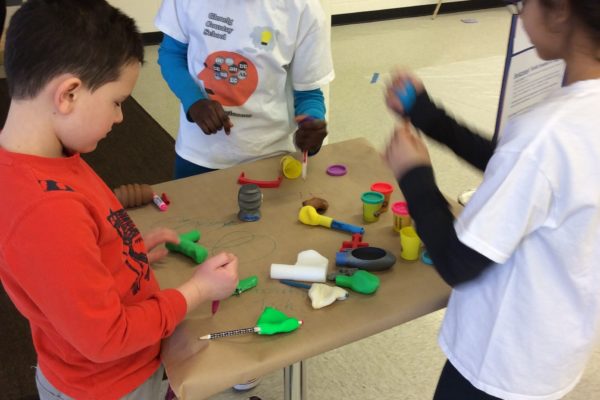