Carlos Galindo always liked math and science, but he never had the opportunity to deepen his interest. Virginia Munoz, Carlos’s mother, couldn’t afford to pay for any STEM after-school classes or activities for her son. So when Carlos’s teacher at Parkland Middle School told him about Parkland Scholars, he had to give it a try.

Parkland Scholars is a program that exposes African-American and Latino students to supplementary STEM-related activities at no cost. For the past two years, KID Museum has partnered with Parkland Scholars to host Invention Studio, a series of several sessions that teach students about circuits, 3D printing, and robotics. At the end of the program, students present their inventions at our Invention Studio Celebration. Carlos, now in eighth grade, participated in Invention Studio last year and returned this year as a mentor.

Working with electronics at KID Museum has inspired Carlos’s future aspirations. He now tells his mother that he wants to become an engineer. Virginia thinks his ambitious career goals are a result of his time as an Invention Studio mentor. “It gave him more confidence,” she said. “He is more assured in the things that he knows he can do.”

Carlos hopes to continue his involvement with KID Museum next year as a high school apprentice. He wants to give back to the place that gave him so much. “I hope that other kids and parents get the opportunity that we got,” Virginia said. “It changed our lives.” 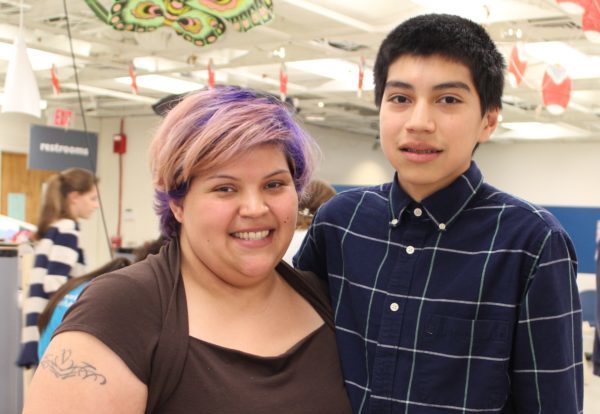