KID Museum sent its very first team to the FIRST LEGO League Competition this January. A passionate and creative group of ten 6th-8th graders, TBD (Test By Destruction) has met every week since September in order to build and prepare for this tournament. Led by Amanda Puerto Thorne, KID Museum Educator, the team successfully tackled the challenge and took the competition by storm.

The First Lego League Competition is centered around solving real-world problems through robotics and teamwork, with a new theme selected every year. This year’s theme was “Animal Allies,” and each team was tasked with solving an issue related to the relationship between humans and our furry friends. Along with their mentor (and KID High School Apprentice) Ari Mindel, TBD decided to focus on the decline in honeybee colonies, designing a non-profit aimed towards the preservation of existing honeybee populations and instructions for planting your own honeybee garden. Their robot, equipped with four different types of sensors and a movable arm, exceeded even the team’s wildest dreams, winning first place with 165 points! Now that’s something to buzz about. 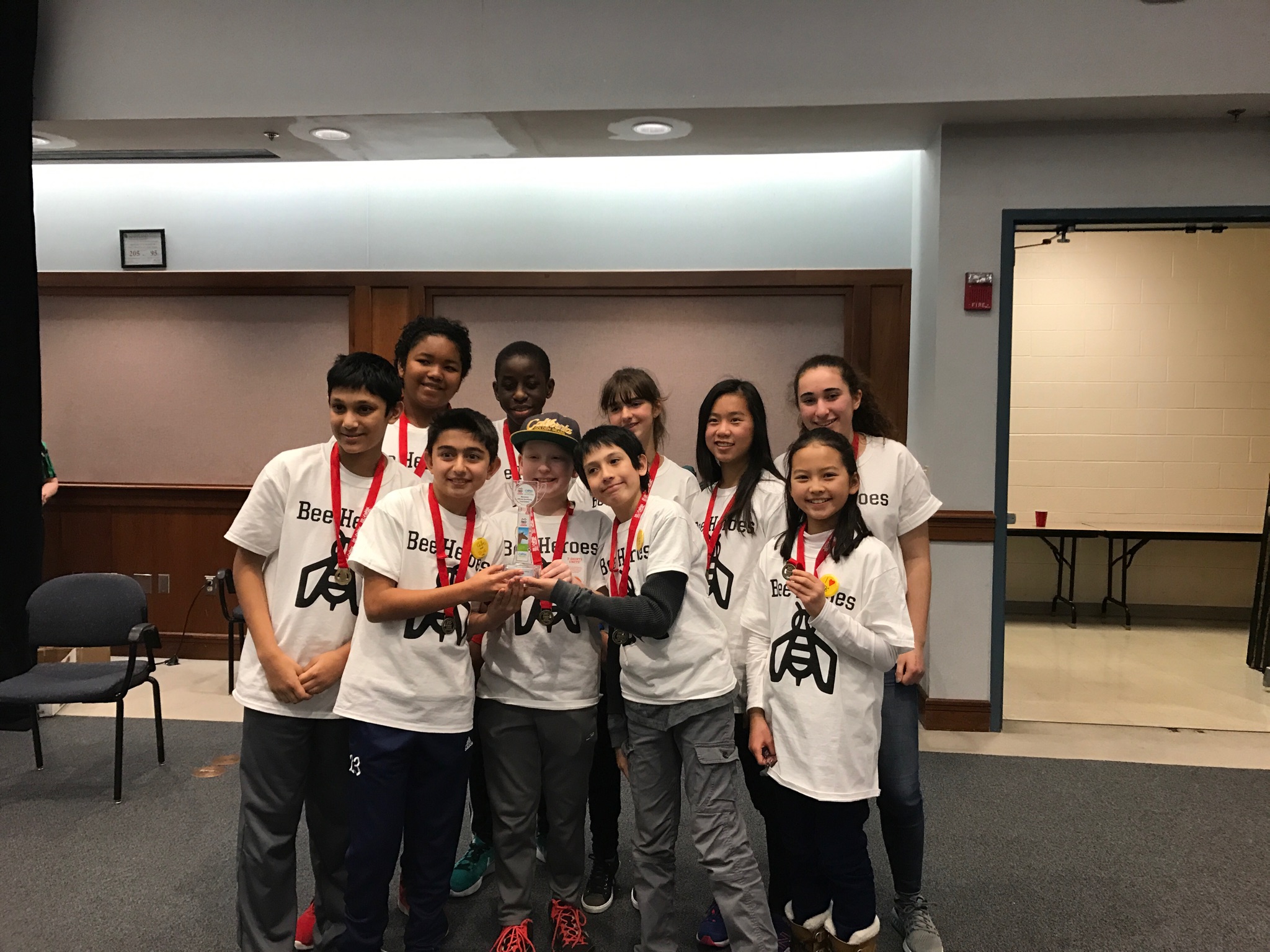