Discover the history of the pride movement’s most iconic symbol, the rainbow flag, and design a flag that represents you.

Did you know June is Pride Month, when LGBTQ+ communities come together to celebrate the freedom to be themselves? The most iconic LGBTQ+ symbol is the rainbow flag, but do you know how the rainbow flag came to represent Pride?

The rainbow flag was designed by Gilbert Baker after Harvey Milk challenged him to create a symbol of pride for the gay community in June of 1978. Watch this read through of Pride to learn more about Harvey Milk and the rainbow flag.

Originally, the flag had 8 colors – hot pink, red, orange, yellow, green turquoise, indigo, and violet. Hot pink was quickly removed because fabric was hard to get in that color. In 1979 turquoise and indigo were combined into royal blue, so the flag had an even number of stripes and could be split in two for decorating parade routes.

This left us with the 6 stripes we see today, and each color has its own meaning

Watch this to learn more about the history of the rainbow flag. 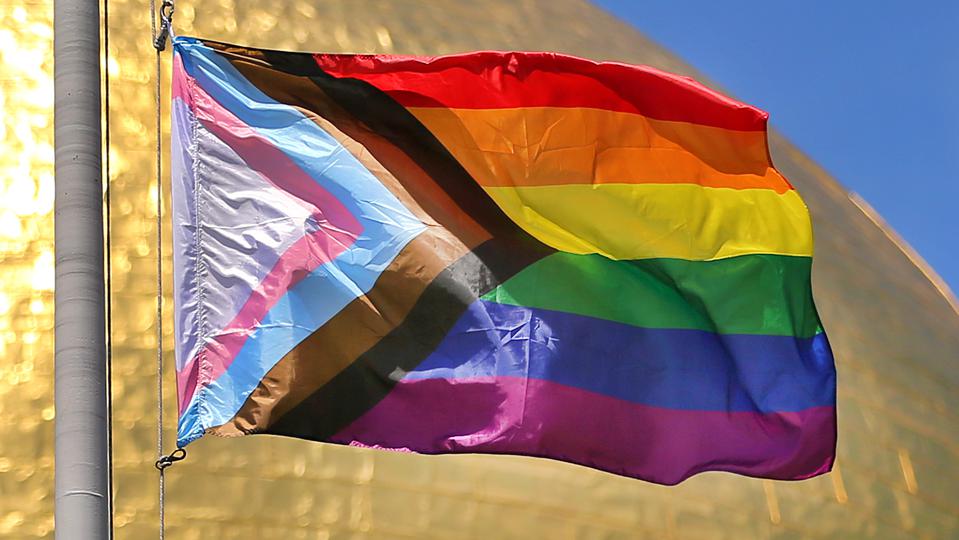 The rainbow flag is a symbol of pride for those in the LGBTQ+ community. What about yourself are you proud of? What makes you you?

Inspired by the history and meaning of the rainbow flag, design and create a flag that uses colors and symbols to represent your identity.

Now it’s time to make your flag! You can make a physical flag, using paper or fabric, or digital flag, using a program or app – whatever you think represents you better!

Consider making a fabric flag. You could use plain fabric and decorate it with markers, attach solid colored pieces of fabric to build patterns, or even use old clothes or blankets that represent you in your design. Check out the sewing tips videos to help you get started.

We want to get to know you! Please end your finished flag – either files or pictures – to socialmedia@kid-museum.org.