By KID MuseumNovember 5, 2018No Comments 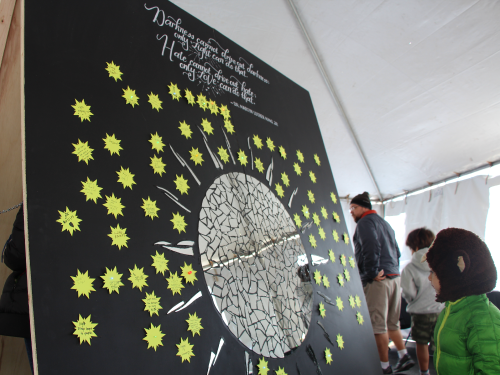 In our KID Stories & Snapshots series we’ll be sharing the little moments that make a big statement. These are the moments, captured by our community, that are making an impact. 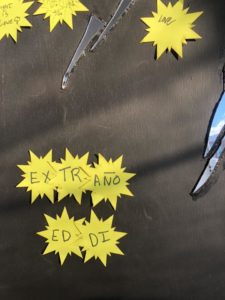 A family shares their undying “Inner Light” with us at the World of Montgomery Festival. At the KID Museum tent at the recent World of Montgomery Festival, children and their parents were prompted to describe their “inner light” on tiny yellow stars to be placed around a mirrored mosaic sun. Some were inspired to share their stories, like the family with three American children whose El Salvadoran father had been recently deported. “Extraño Eddi” was written across five tiny suns, bringing the family a moment of light and positivity with the welcoming Montgomery County community. 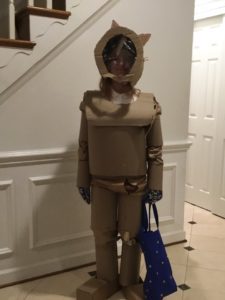 A young KID maker gets the skills and inspiration needed to make her own Halloween costume. The feline astronaut (pictured right) seen around town the night of October 31st was born here at KID Museum. This frequent visitor kept coming back to the museum to work on her cat spacesuit and seek help from KID Maker Educators to put the finishing touches on her design. The suit got a bit damaged on the trick-or-treating trek, her mother says, but the skills, confidence, and creativity live on.

(captured by the maker’s mother) 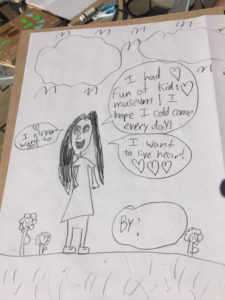 A Maker Mania after-school student has found her second home at KID Museum. A second grader from Seven Locks Elementary School is enjoying her after-school program at KID so much that she never wants to leave! “I hope I could come here every day!” and “I want to live here,” she wrote in her handmade journal–an ongoing reflection project throughout the 10-week skill-building program.

(captured by KID Maker Educator Lila and the maker’s mother)

Want to share your KID moment with us for an upcoming feature?
Email us with your stories and snapshots here.