KID Museum was bustling with future engineers for our first ever Robotics Day on Saturday. Participants learned about different kinds of robots and the different parts it takes to build one.

There was a station for every age and skill level. For beginners, the circuit station showed them how batteries, wires, and metal connect to turn on a light bulb. Aspiring programmers learned about robot design and coding with VEX, LittleBits, and Arduino. There were also two workshops: Lego WeDo, where participants designed and programmed their own Lego creation, and MakerWear, where participants learned about an e-textile construction kit made by the University of Maryland’s Human-Computer Interaction Lab.

Without a doubt, however, the most popular Robotics Day activities were the demonstrations from two high school robotics teams. Team 1389 from Walt Whitman High School and Team 449 from Blair High School showcased the robots they built for this past year’s FIRST Robotics Competition. These robots could act like basketball players, with the ability to pick up balls and shoot them into nets. Eager participants even had the opportunity to give the robots a test drive.

Although the teams normally compete against each other, they shared the mic on Saturday to convey their love of robotics. Ari Mindell from Whitman outlined the details of the competition, describing it like a sporting event. Urjita Das from Blair added that teams make mistakes, but robotics is mainly about “growth and learning.” Both were excited to encourage their young audience to try it out. Urjita, whose team is about 40 percent female, particularly encourages young girls to join robotics teams.

Rising fourth through eighth graders are in luck! KID Museum is starting our very own FIRST Lego League robotics team. Check out KID’s website in the fall for information on how to join. 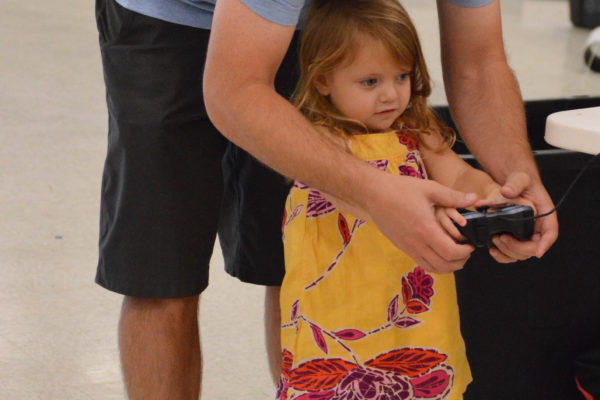 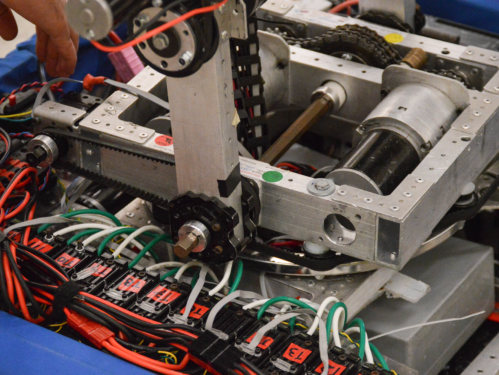 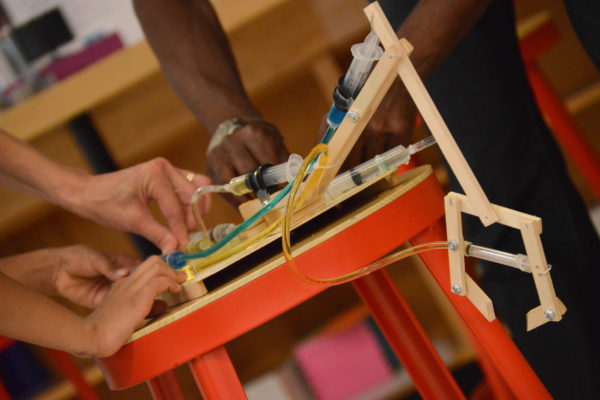