By KID MuseumSeptember 4, 2017No Comments

Celebrating his newly minted status as an American citizen, David Prete has embarked on the creation of a patriotic art piece as an ode to the melting pot of America.  During his Naturalization Oath of Allegiance, David reflected on the broad range of cultures and backgrounds which make up the American people and contribute to the ever changing American culture.

He conceived of an art project, in which each person will be a piece of the mosaic of the American Flag.  To realize the project, David will need to collect 3D printed busts and faces of 4800 Americans in red, white and blue.  In his vision, the faces from different cultures, races, age, and gender became one with the American Flag.

David says, “I envision this project to be community based and driven.  Each person who makes up the flag is a part of one of our neighborhoods, cities and country. They will have agreed to be a part of this art piece because of their pride in and sense of belonging to our nation.  They will have come from a myriad of socio-economic backgrounds, cultures, and they will be as diverse as our country.  Yet, in their 3D portraits they will all be equal in size, color combination and placement will be randomly scattered with no preference given to anyone as we are One Nation Under God.”

David, who is a metalsmithing artist and Director of CUA Digital Fabrication Lab, will be speaking at KIDfest on the topic of Digital Fabrication and Art as a part of our KID Talks series.  KID Talks (similar to TED talks) are a series of short lectures by local inventors, professional makers, and industry experts.

You can find out more about collaborating on David Prete’s “3D Printed American Flag Project” by visiting his booth at KIDfest on September 24th in Silver Spring, attending his KID Talk, or by visiting his website at http://www.davideprete.com. 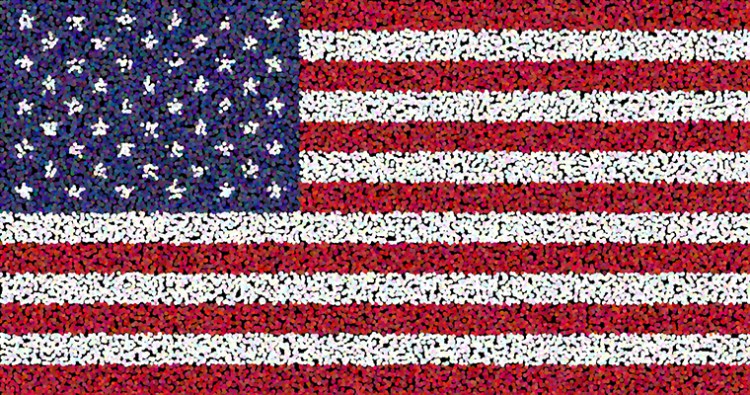