It was a busy weekend for KID Museum – on June 7th we set up a small pop-up museum at Imagination Bethesda and learned that one of the best locations at this type of street festival is near the line for face painting.  We had a great time sharing some design-based activities with a large group of visitors.  It was a great way to get ready for our pop-up maker museum at the DC Mini-Maker Faire.

Because it was a street festival, we had to try using some draw bots with chalk on the pavement and we also used the tried-and-true method with paper, which sometimes spilled onto the street.  We also tried out the “universal construction kit” idea we’re planning for KID Museum’s Davis Library space.  We showed kids how they can invent with a bunch of Lego and Tinker Toys at the same time. 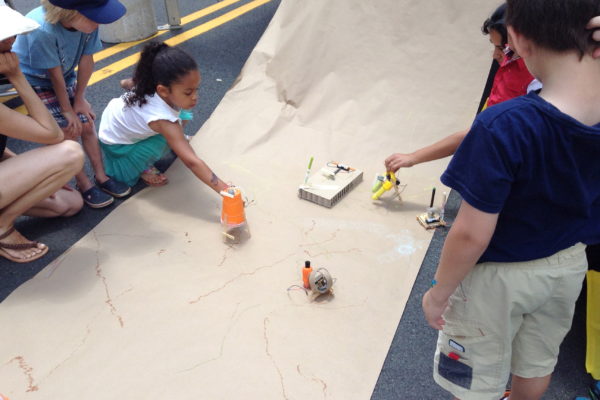 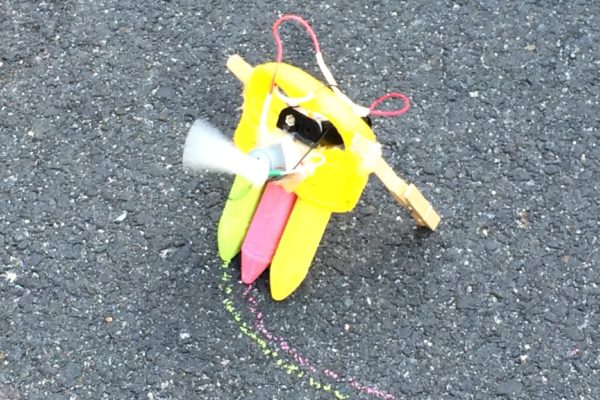