Skip to main content
Close Search
behind the scenesMakerScienceScratchSTEMwhite house

Mohona Bose thinks the best thing about KID Museum is that it changes the way children learn. “What I love is that kids explore and build things,” she says. “And it makes them interested in learning.”

Mohona’s own schooling in India was very traditional. Although she did well, she watched as her siblings struggled with this type of rigid education. Mohona, who has a degree in Computer Science, was convinced that there was a way “to make education and the process of learning more interesting.” She’d read about the maker movement, but it didn’t have much traction in India at the time. So when she moved to the United States in 2013, one of the first things she did was to volunteer at the New York Maker Faire. From there, she was hooked. “I wanted to be a part of it.”

At the New York Maker Faire, Mohona met Mitchel Resnick, the MIT professor who developed Scratch programming. Resnick connected her with the founders of KID Museum, and Mohona quickly jumped in as a volunteer, bringing maker-oriented activities to schools, shopping malls, stadiums and festivals as part of KID Museum’s “museum without walls.”

When she found a full-time job as an IT Systems Analyst, Mohona continued to volunteer at KID Museum (which had by now opened in Davis Library) on the weekends. She’s taught everything from soldering to sewing LED light-up slippers, but her specialty is Scratch. After meeting Resnick, she’d attended a Scratch conference at MIT, bringing back what she’d learned to the museum. “I love introducing kids to Scratch,” says Mohona. “They are learning the basics of programming and they don’t even realize it.” She adds, “Education should be fun like this.”

That’s how Mohona found herself, barely a year after arriving in this country, at the White House demonstrating Scratch and LEGO WeDo to Megan Smith, the Chief Technology Officer of the United States. “I was one of a team of six from KID Museum that took part in the White House’s Hour of Code event,” she explains. “When I moved here from India, I never thought that I’d one day be at the White House.”

Mohona’s employer, a large, international financial institution, also took note of the work she was doing outside of the office. In 2015, she was flown to London as a finalist of her company’s Chairman’s Community Award in the category of Inspiring Young People.

“I love teaching children to be creative and experiment,” says Mohona, who is now on staff as a part-time educator at KID Museum. “This is my passion, so I follow it.” 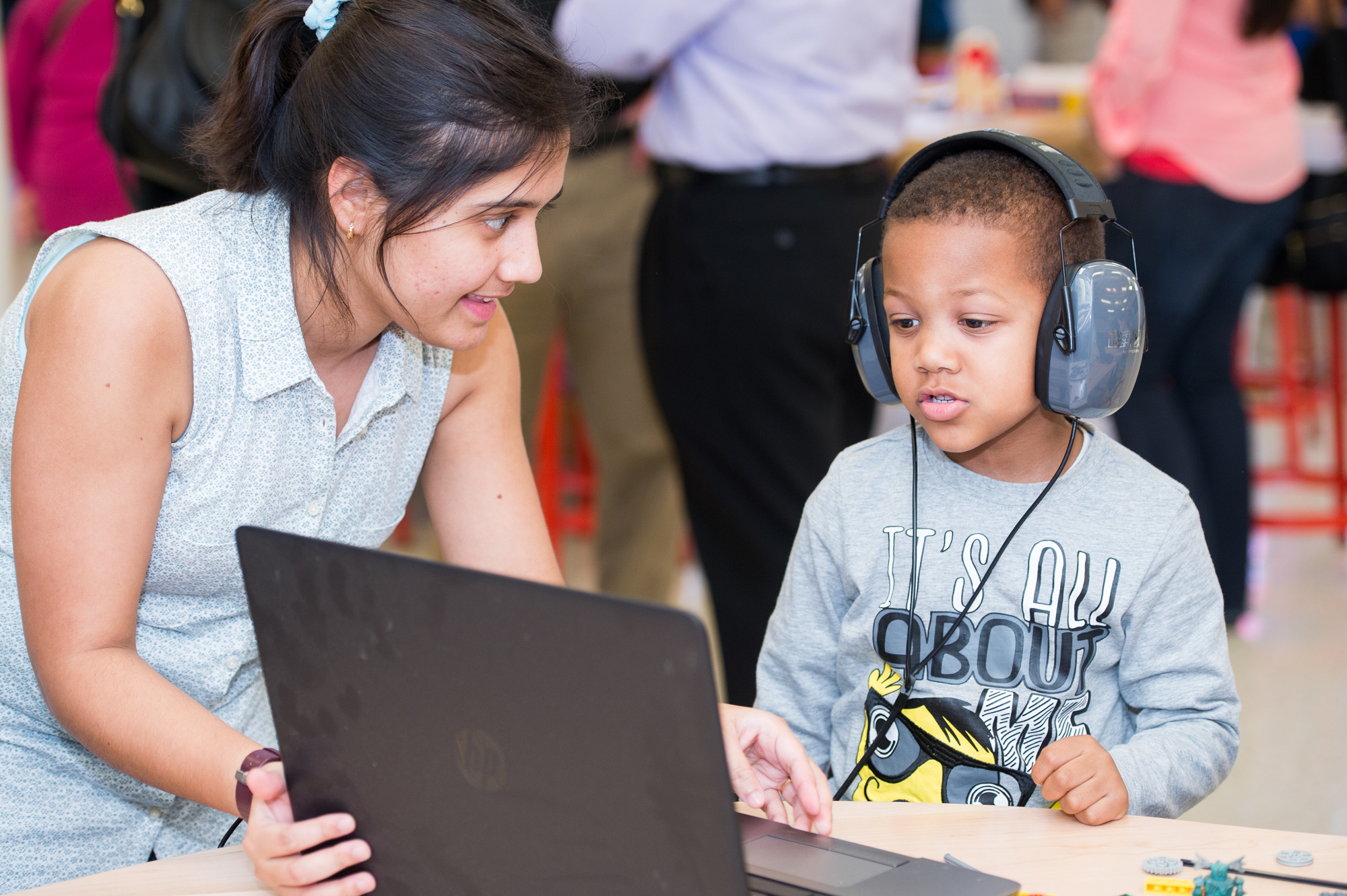