And the gold goes to… Create an Olympic medal design using Tinkercad or materials you can find at home.

Gold, silver, and bronze medals are awarded to first, second, and third place finishers at every event of the Olympic games. A total of 1,017 medals will be earned at this year’s games in Tokyo, Japan. Those medals have been designed specifically for these Olympic games. In fact, there is a new design for every Olympic location.

Historically, the summer Olympics have also dedicated one side of the medal to a depiction of Nike, the Greek goddess of victory, and a stadium. This stadium was originally the Roman Colosseum, but in 2004 it was changed to the Panathenaic Stadium in Greece to better represent the birthplace of the Olympics.

Watch this to learn more about the history of the Olympic Medals.! 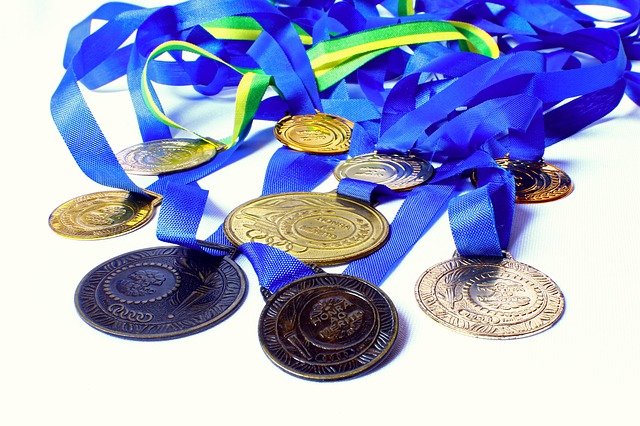 Every two years, a committee designs the medals that will represent victory at that year’s Olympic Games. They have some rules to follow but also freedom to create medals that uniquely capture the Olympic spirit.

What if you were on that committee? Design and create your own olympic medals that honor the world’s greatest athletes in a unique way.

Need more inspiration? You can look at designs for every games since medals were first introduced here.

Once you know what you want your medals to look like, it’s time to make them! You can make models of your medals from any materials you have at home like cardboard, clay, cans, or other craft supplies, or you can make a digital model using Tinkercad.

Tinkercad is a website where you can create your own digital 3D designs by building them with digital blocks. Check out these helpful videos to get started making digital medals in Tinkercad.

When your Olympic medals are complete, be sure to send your name along with pictures or model files to us at socialmedia@kid-museum.org.