Can STEM (Science, Technology, Engineering and Math) help us become better athletes? Meet Mike Shultz, a Paralympian who became a biotech inventor to improve athletic performance using STEM. Design an invention of your own that uses technology to help athletes perform, practice, or recover better.

In 2018, snowboarder “Monster Mike” Shultz competed in his first Paralympic Games, winning the gold medal in Snowboard Cross and the silver medal in Banked Slalom. And he did it all on a prosthetic he engineered himself.

In 2008, Mike was involved in an accident during a snowmobile race that resulted in the amputation of his left leg. The regular prosthetic he used after his accident just wasn’t cutting it during extreme sports, so he designed his own.

Mike went on to found BioDapt, a company that manufactures both the Moto Knee and Versa Foot. These revolutionary prosthetics keep both extreme athletes and wounded soldiers doing the things they love. Learn more about BioDapt and its products here.

Over the last decade, Monster Mike has won 10 X Games gold medals, was named the 2018 “Best Male Athlete with a Disability” at the ESPYs, and has revolutionized the world of Paralympic sport.

Watch this video to learn more about “Monster Mike” Shultz and his journey founding BioDapt. 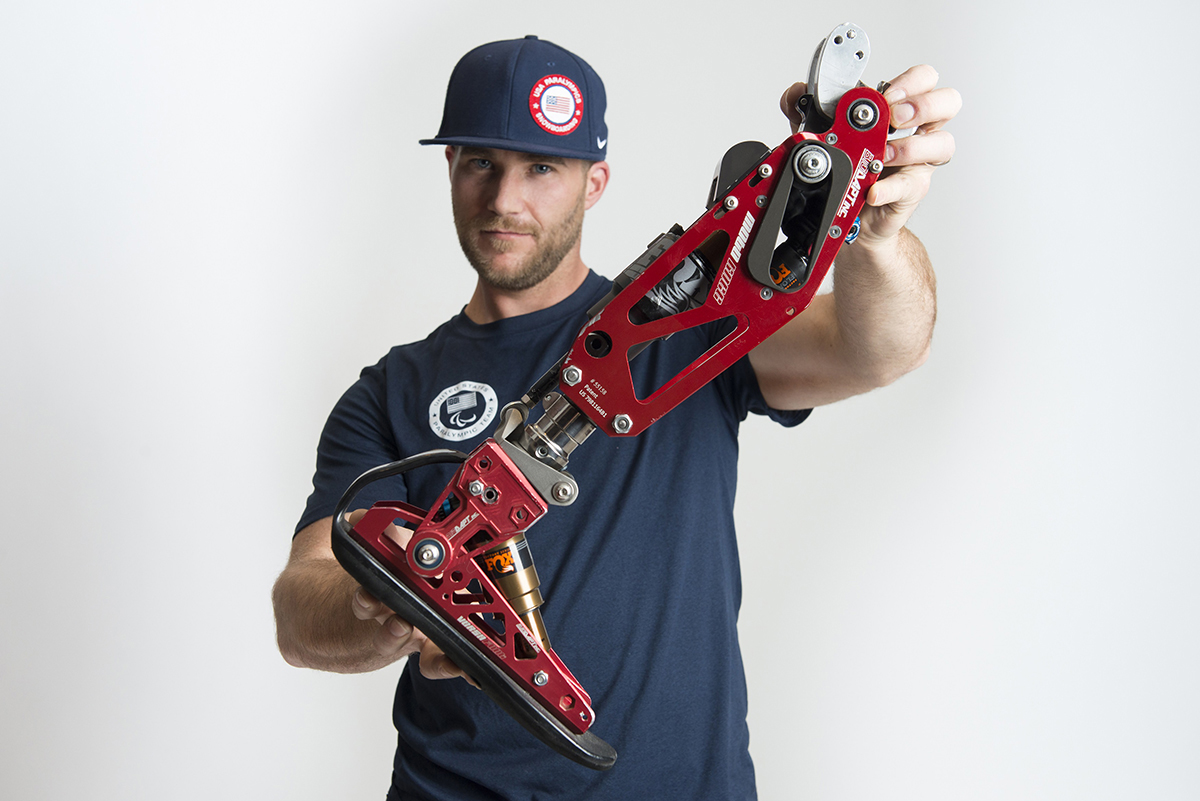 What sport are you passionate about? Maybe you’re a competitive athlete, or maybe you love watching sports on TV. Either way, technology can improve the experience for athletes, coaches, and fans alike.

If you could design a new technology to improve how you experience your favorite sport, what would you create? Your invention can be anything: an improved piece of equipment, a wearable device, an app for analyzing data, or anything else you can imagine. How would your invention help athletes, coaches, or sports fans?

Now that you have imagined your device, it’s time to create a prototype of your technology. There are many ways to do this — you can create a sketch or build a model of what your device will look like.

You can also use Microsoft’s MakeCode to create a simulation of how your technology would work. (If you have a Micro:bit, you can program it using MakeCode!) We’ve made some tutorial videos to help you get started.

MakeCode also has many example projects you can explore to help spark ideas, like this step counter.

Don’t forget to share your work by emailing photos, videos, and files to socialmedia@kid-museum.org. Include the first name and age of the designer along with a description of your design for a chance to be featured on KID Museum’s website or social media!