Check out our new Impact Report from January 2021
and see how we’ve continued to make a difference in our community over the past six months. 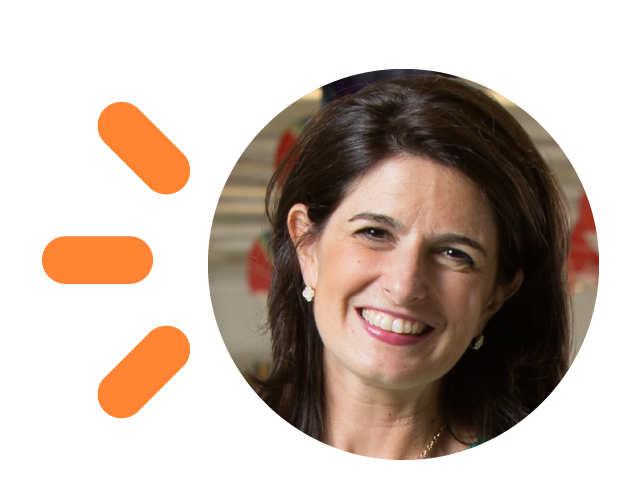 This year has tested our mettle in ways that we couldn’t possibly have imagined.

With the outbreak of Covid-19, schools and community learning spaces had to close their doors. As a community, we all had to take on new roles to keep our kids engaged in learning. At KID Museum, we took seriously the collective responsibility to flatten the curve on learning loss and ensure that learners of all aptitudes and abilities had access to quality instruction and enriching experiences.

Our professional maker educators rose to the challenge and, within weeks, responded to this educational crisis by nimbly piloting and refining a suite of distance learning programs under the umbrella name of Make it! While we are proud that we’ve been able to continue to serve our kids, families, and educators during this difficult time, we are even more excited to have worked with school, district, and community partners to expand our offerings to thousands more kids who needed quality options throughout the summer and into the coming school year. In fact, at this critical time, we have been able to successfully deliver high-impact, multi-session virtual learning to more kids than ever.

When we opened our doors almost six years ago as the region’s pioneering experiential museum and educational makerspace, we promised to be a different kind of partner in helping kids and youth to become more curious, creative, and compassionate problem-solvers. Since that time, we’ve kept this promise by empowering the next generation with the skills to invent the future. We have done this by expanding our direct programming for the community and through educational partnerships with local schools and districts.

What follows is a deeper look at our impact through numbers and the stories of real people. The resulting narrative tells an impressive story about our reach and our results, and how KID Museum has become an essential part of the learning community.

None of this would have been possible without our incredible circle of supporters, funders, and advocates who help us advance our mission to remake education everyday. Each of you is a difference maker, and we hope you feel proud of all that we’ve accomplished together.

We are proud of our programmatic reach and the results we’re achieving through our school and community partnerships, as well as through family and out-of-school-time programming delivered onsite at KID Museum. In the shift to physical distancing, we have innovated to bring engaging maker learning directly to homes and classrooms via real-time, virtual sessions. Here’s a snapshot of our investment in the community and our impact over the past year. 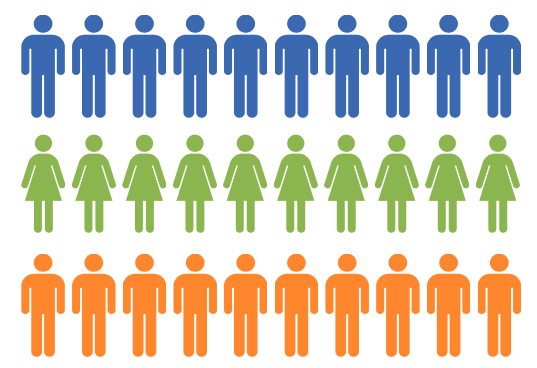 * Numbers reflect the shortened school year due to the coronavirus crisis.

**Results from 2018-19 study by the PEAR Institute: Partnerships in Education and Resilience at Harvard Medical School and McLean Hospital

Despite the shut-down of our in-person programming, KID Museum served more kids than ever this past summer, most from high-needs communities.

We partnered with Montgomery County Public Schools (MCPS) to provide real-time, virtual summer school to over 3,500 students at Title I schools and trained 253 teachers to deliver the curriculum.

In addition, we served 519 children in our virtual Make it! Summer Camps, and granted 135 scholarships for students from low-income families. Our partnerships with MCPS, DC Children’s Law Center, and Identity made it possible for us to connect with youth who would most benefit, with an emphasis on reaching those from racial and ethnic backgrounds typically underrepresented in STEM.

students from Title I schools participated in summer school

The outbreak of the coronavirus crisis ushered in an unprecedented global health, financial, and educational crisis. It revealed what so many of us already knew — that there’s incredible inequality in our nation, and that our communities must come together to invent solutions.

In the face of this reality, we found new ways to serve our community and to make a difference. Whether it was repurposing our supplies to keep vulnerable members of our community safe or rolling out new virtual programs to keep kids, families, and educators connected and learning, we were there to do our part. Here’s a look at some of what we accomplished.

We deployed our 3D printers and coordinated a community-wide effort to make PPE for vulnerable neighbors and healthcare providers, producing hundreds of face shields and masks.

We launched the  #DifferenceMaker campaign to help bring our high-impact educational programs to scale and set our kids up for an even brighter future.

We responded to the global pandemic by launching Make it!—a comprehensive suite of virtual programs designed for kids, families, educators, and schools. Each of our Make it! offerings stays true to our mission of helping kids and youth become more curious, creative, collaborative, and compassionate problem-solvers.

While most traditional camps were cancelled, we offered live, interactive, virtual maker camps for rising 2nd-8th graders to keep kids active and engaged. Through a mix of on- and off-screen activities, kids were encouraged to explore and invent.

Our maker educators curated and delivered a themed set of five, do-it-yourself maker activities (one for each weekday) to 9,400 families each week.

people have interacted with Make it! since launching in early March.

of parents report they are highly satisfied with Make it! 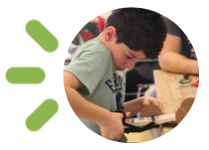 Praise for Make it! Live

“The instructors were very knowledgeable, dedicated, and patient. They made sure that my son got engaged and that he understood every step. They went the extra step to get him up to speed. My son is proud. Thank you!”

Praise for Make it! Summer Camp

“The instructors were great. My kids built things and used computer programs that I never thought they would have been able to do without my help. And they were engaged the whole time. Kudos.”

Our goal is to help kids and youth become more compassionate and culturally aware, so they can invent a more equitable future. That’s why we work with community and corporate partners to explore culture and innovation with a global focus. 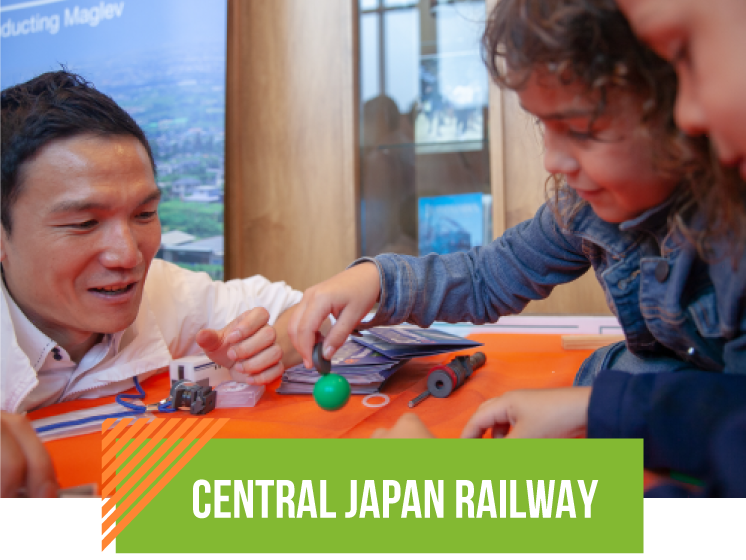 Envisioning the Future of Transportation

We partnered with Central Japan Railway Company for the first-ever Future of Transportation Day, which explored the science behind Japan’s Maglev Trains and challenged families to imagine creative solutions for future transportation sustainability. Central Japan Railway showcased their state-of-the-art technology with demos and experiments, and families built their own magnetic levitation-style trains out of cardboard and magnets. Other transportation activities included working with sensors, “smart paints,” and energy-saving devices to design smart roads for mini-robots.

Over the past year, we deepened our partnership with the Embassy of Japan, co-producing our fourth Japan Day, which drew over 600 people to the museum. Japan Day celebrated “Ume Matsuri,” the plum blossom festival that marks the end of wintertime, with an immersive exhibit that included using power drills to create traditional toys, wiring paper lanterns with LED lights, making onigiri (rice balls), and taking part in interactive Taiko drumming demonstrations. 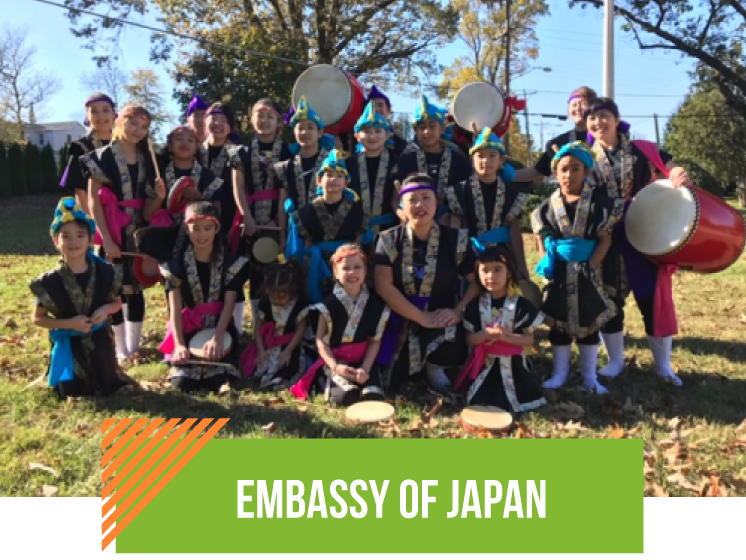 Our success at KID Museum has been possible due to the strong relationships we’ve forged and sustained with schools and districts. From the start,  we have partnered with Montgomery County Public Schools (MCPS) and local independent schools in an effort to bring our future-forward programming to the maximum number of kids from across the socio-economic spectrum. 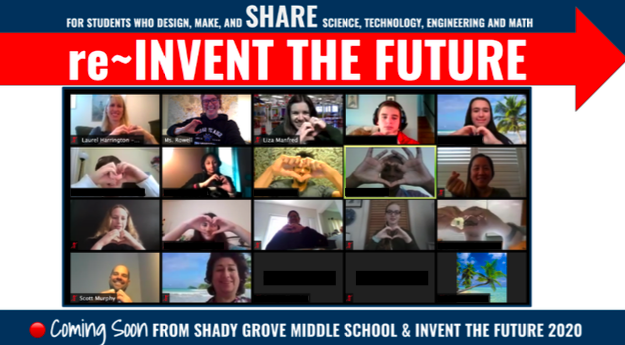 When schools shut down in early March, the students from Shady Grove Middle School had completed only three out of their five scheduled visits to KID Museum as part of the Invent the Future Challenge. By that time, they’d learned about the design process, engineering and coding techniques, and how to apply the “mind of a maker” to solve an environmental problem. Just as they were ready to begin building their prototypes, everything came to an abrupt halt.

The May 9th Challenge Summit, where last year over 800 students showcased their inventions to the community, also was cancelled. But teacher Jess Rowell wasn’t going to let that stop her. Demonstrating the perseverance and creative problem-solving that is at the core of the Invent the Future Challenge, Ms. Rowell and her students developed a plan to continue working on their projects for their own virtual Summit, named “Re-Invent the Future.”

Since the students never had the chance to build physical prototypes, Ms. Rowell focused on idea development and communication skills: students were to flesh out the problem they wanted to solve, explain how their solutions would fix that problem, and how they would build their designs if given the opportunity. “This project has tangible gains in communication skills, as well as intangible benefits like group connections and collaborative problem-solving,” said Ms. Rowell.

On May 9th, the Shady Grove students presented their designs in a virtual showcase event attended by parents, KID Museum staff, and school officials. Each student presented a flipgrid of their designs, explaining how their inventions would work, and the iterative design process they went through to get there.

“It’s a great feeling that I’m adding to the world and changing how we live,” said Diana, an eighth-grader who designed an eco-trash collecting truck. “This experience changed my perspective on how we can help people. From the littlest things we can do, like picking up trash in the street, to something as big as designing a new kind of trash truck.”

PARTNER SPOTLIGHT: BARNESVILLE SCHOOL
Stepping Into the Future and Standing Up a New Makerspace 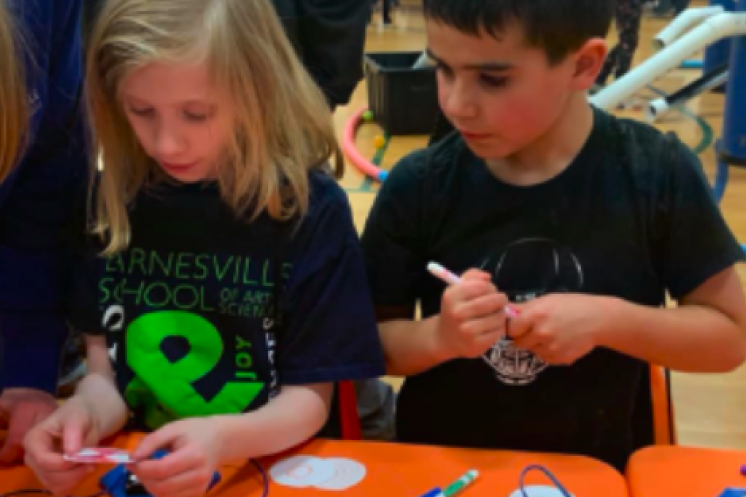 Through our partnerships with local independent schools, we’ve expanded deep learning experiences for a range of grades and ages. At Barnesville School, we helped to integrate maker learning into the classroom through professional development and invention programming for every student in grades three through eight. 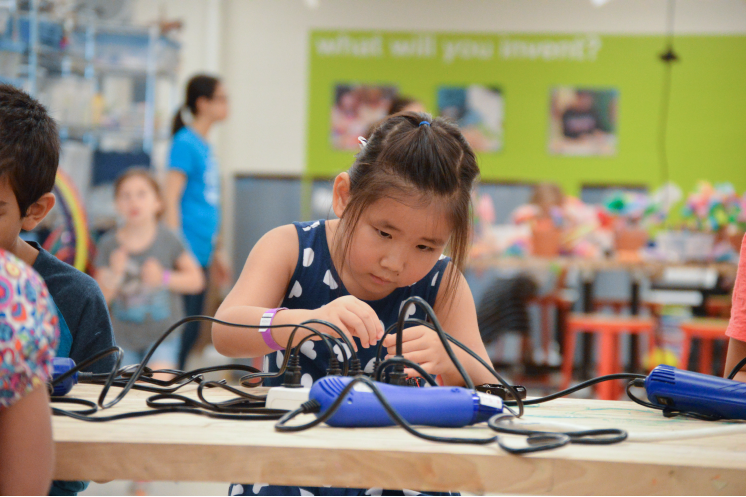 We have collaborated with The Harbor School for the past two years to co-design an invention education program geared at early learners (Kindergarten through Grade 2). Our partnership helped students develop the mind of a maker through hands-on activities that challenged them in unexpected ways. More than that, it equipped educators with innovative curriculum, professional development, and evidence of what even their youngest students were capable of doing.

“We all know that very young children are naturally inquisitive, creative, and adaptable.

If we also empower them with a voice and a purpose, it’s incredible what they can do! Through our partnership with KID Museum over the last two years, we further defined our maker learning philosophy and strengthened our toolkit of strategies and resources, including developing our own early childhood design cycle and numerous in-depth, maker-based learning experiences for our students in collaboration with our partner educators at KID.

Our students are now coders, designers, builders, entrepreneurs, and engineers — and our teachers are passionate about maker-based learning, and embrace it as a key tenet central to our early childhood teaching philosophy. Most importantly, the difference is lasting for our students, encouraging creativity, collaboration, empathy, and agency that will serve them for a lifetime.” 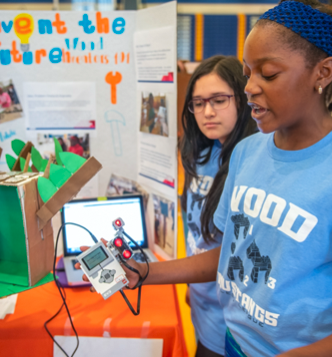 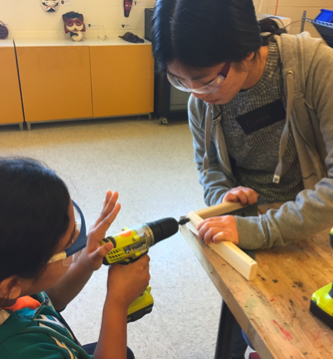 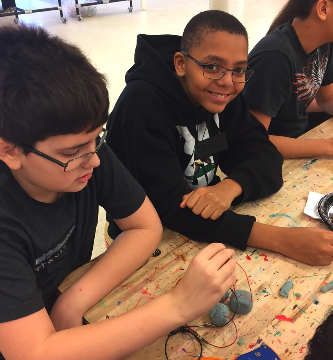 BOARD OF
DIRECTORS
& ADVISORS

SALLY A. ROSENBERG
McDermott Will & Emery

In addition, we’d like to thank all of our anonymous donors for their generous support.

A special thank you for the generous pro-bono support of the following: 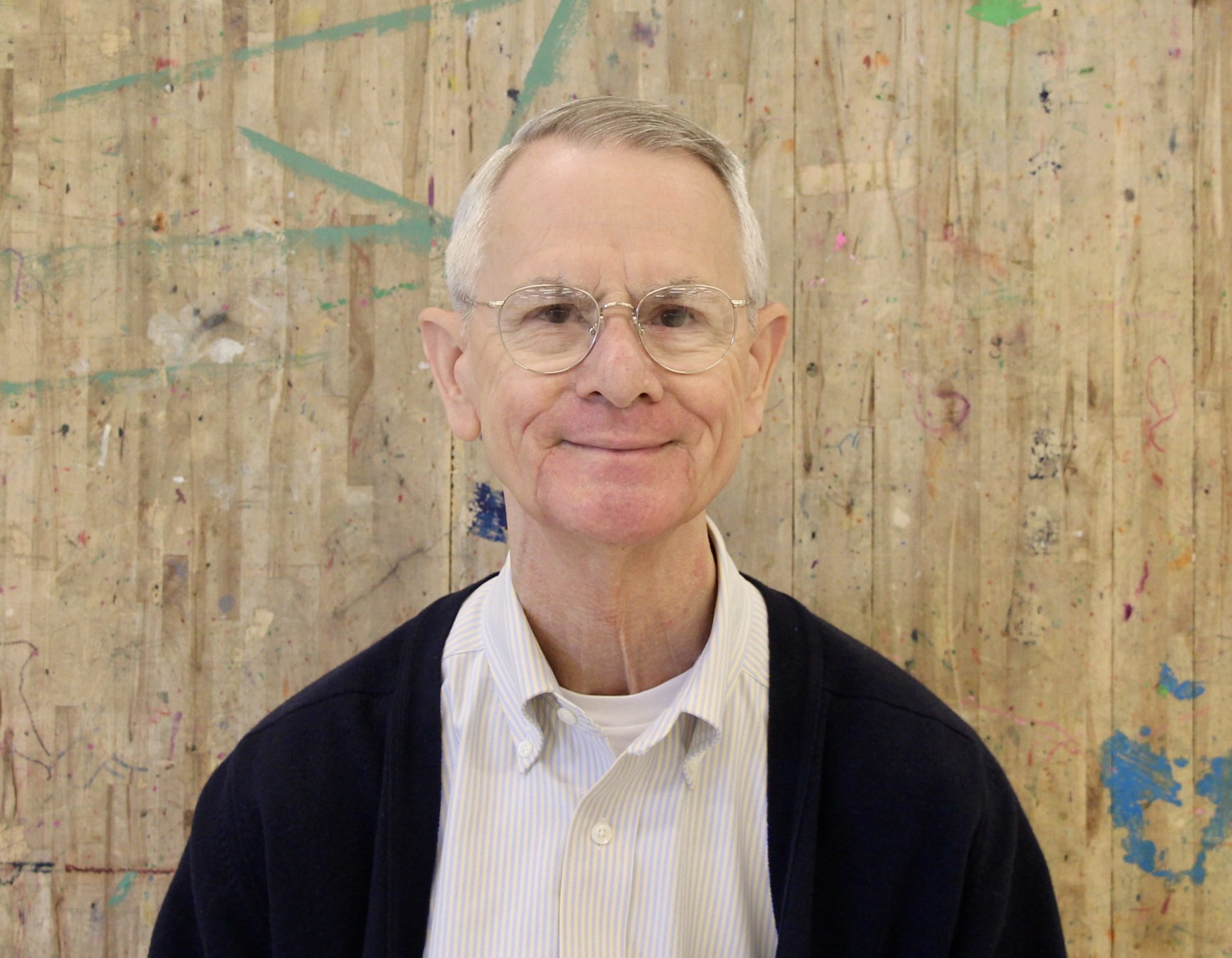 Since 2016, Gene Burkett served as KID Museum’s Finance Manager, playing a pivotal role in growing the organization. Deeply committed to our mission, Gene contributed generously in every way.  A beloved member of the team, he shared his time, professional expertise, and friendship with us all. He is greatly missed. 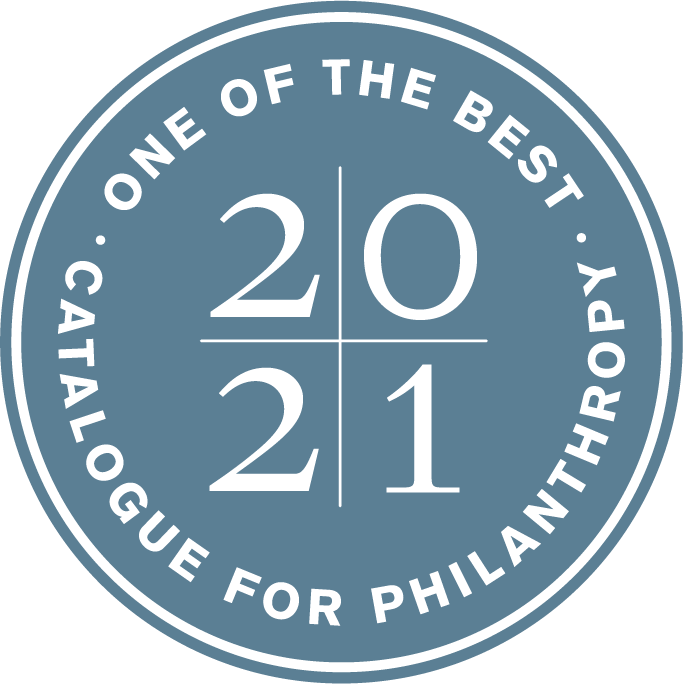